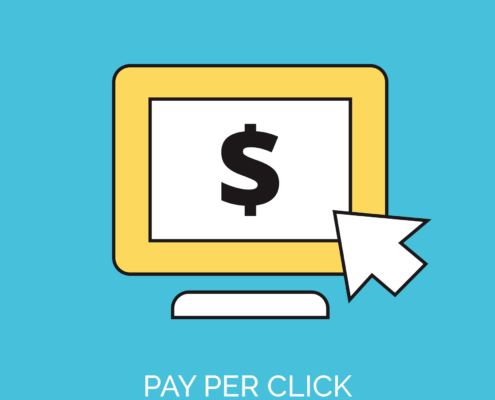 Fake traffic and social media profiles are causing problems for businesses around the world, but these issues are particularly significant when you are marketing to Chinese consumers. Read more about the digital tools available to combat these issues.

Earlier this year we wrote about Digital Tools to Detect Fake Traffic part 1 and looked at why fake traffic matters and how to detect this. This second part covers the scale of the issue as well as examples of tools to detect fake traffic.

Did you know that ad fraud can be more common on Chinese social media? This means that if you’re advertising on platforms such as WeChat, Sina Weibo or Douban, you need to have a system in place to detect and block fake traffic.

How Big is the Fake Traffic Problem?

Ad fraud is a big business in China. Click farms or malware hosted on the phones of innocent people can direct thousands of clicks to an ad or article with very little cost or effort. Marketers are losing money to these fake clicks and getting false feedback on the impact of their campaigns.

One recent study by Miaozhen systems found that about one third of all ad traffic on Chinese sites was faked. One in three advertising clicks are fake. Businesses lost an estimated 260 trillion yuan to ad fraud in 2018. Display ads were more likely to be targeted than videos and brands in the mother and baby, automotive, and beauty sectors were affected most often.

Fake profiles and clicks are also a problem on social media, where they can create fake influencers or push certain posts to higher prominence. Some click farms are selling 1000 clicks for posts on social networks like WeChat for just 50 yuan to give them a fake boost.

Steps are now being taken to combat these kinds of online fraud in China, but the response has taken a little longer than in other markets like Europe and the US. The Chinese government recently made an amendment to its Anti-Unfair Competition Law to institute a fine for fake reviews and other fraudulent activity on e-commerce sites. Internet companies have also been taking steps to block fake traffic. Weibo has started blocking traffic counts above 1 million for posts and 100,000 for articles to reduce the motivation to drive numbers up with bots.

The analytics tools that you use to monitor your marketing campaign and social media profiles can help to detect many instances of fraud. You should be monitoring the responses to your ads to determine which approaches are most effective. If you notice a sudden spike in activity or anything that seems unnatural, then it could be a sign of a bot. It is also possible to weed out fake accounts on social media as they often have unusual patterns of activity, lack profile pictures, and have generic names such as “user” followed by a number.

Since advertising fraud is so common in China, it is also a good idea to invest in additional tools to help you to detect fake traffic and bot activities. Here are some of the best options available now.

Baidu is the most popular advertising provider in China. They have provided the free Shangdun tool to detect and block fake traffic. If you’re advertising on Baidu then you can find this tool in the Baidu MCC. Once activated, it will stop suspicious IPs from making fake clicks. The type of ad fraud it can detect is very limited, but it is still worth setting up this free tool.

Baidu Eye is available with the premium version of the PPC campaign tool. It can track what visitors did before and after accessing your site. You can use this tool to identify bots as they can create large numbers of clicks that are all coming from the same initial query.

Other Ways to Prevent Fraud on Baidu

Baidu enables you to produce an Invalid Click Report to see which clicks were identified as fraudulent. The site has systems to detect these clicks so that you won’t be charged. You can also monitor your analytics and flag up any suspicious activity that Baidu missed. You may get a refund if they agree that the activity was fraudulent.

You can also prevent fraud by setting limits on your daily spend, the times when your ads will appear, the keywords your ads should be associated with, or the websites where they will appear. Similar restrictions can be placed on ads hosted by other services.

Parklu is a useful tool if you’re planning to use influencer marketing in China. It can help you to identify appropriate influencers on the major social networks. The analytics tools can also rule out fake accounts by flagging suspicious activity such as lack of meaningful engagement and sudden peaks in followers on the account. Several pricing levels are available as well as a free trial.

You should be aware that Weibo has some rigorous systems in place for creating company pages, for example, requesting details of of the directors, including the last 3 months telephone bill or bank statements – this is something that Facebook as never done, making it easier for fake brand pages to be created on Facebook than Weibo!