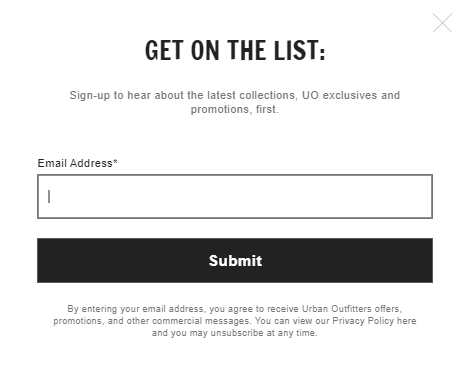 Pop up ads can be intrusive and irritating, but there can still be times when a pop up is the best way to catch a visitor’s attention or to remind them of something important.

Rather than dismissing all pop up advertising as unwelcome, it is worth considering how different types might work for your business.

Types of Pop Up Adverts

Pop ups used to be a very common form of advertising and they were often used inappropriately, which gave them a bad reputation. More than 70% of internet users disapprove of pop-ups. The traditional pop up ad appeared unexpectedly and took over a large part of the screen, disrupting the user’s experience. Many people now use browsers or add-ons to block these kinds of ads. However, modern pop ups tend to be less intrusive and are often used within sites rather than as external ads.

A click pop up will only appear when visitors click on a particular link, image or word on the page. Since the user chooses to open these pop ups, they aren’t usually perceived as disruptive or irritating as long as they perform a useful function. You can use them to provide more information about a product or offer.

Hover pop ups don’t require any clicks, but they will appear when the mouse hovers over a particular point. You can use them to provide more information about a particular product or to offer specific advice. Hover pop ups are often used to help with filling in forms. The example from ASOS shown here targets specific users – new visitors – with a banner pop up in a high contrast colour to gain attention.

Entry pop ups appear when someone visits your landing page while exit pop ups show up before the visitor leaves your site. Entry pop ups will delay access to the landing page, so they can be off-putting for some visitors. However, they can work well if you use them to run a contest or make an offer that will increase the chances of a sale. Exit pop ups can also work well when they make special offers or give people a reason to stay on the site or come back again. You can also use them to remind people of actions that they might want to take before leaving, such as signing up for a newsletter or taking up your free trial. In order to use exit pop ups, it is necessary to set up tracking software that can tell when visitors are about to leave. The software tracks the user’s mouse to predict when they’re about to close the tab or go elsewhere. 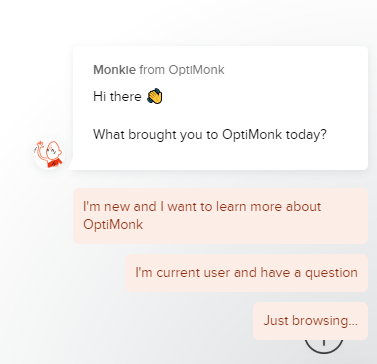 Timed pop ups will appear after a visitor has been on a page or website for a certain amount of time. The timing is important as it will determine how many people are still there to see your ad and how effective it will be. Timed pop ups can be used to highlight another page that visitors might like to see or to direct visitors to a particular product, offer or service. The timed pop up below was triggered after 20 seconds of web page viewing. 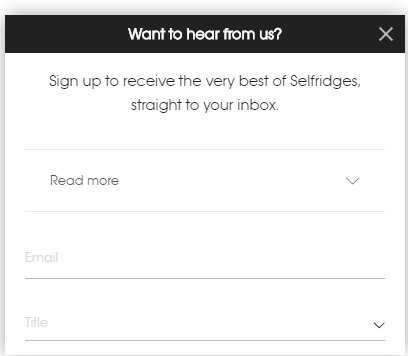 Scroll pop ups will appear once a visitor has scrolled down to a certain point in the page. Scroll pop ups only target people who are actively engaged with the page and are timed according to their activity. A good use of them would be to offer a newsletter or subscription to visitors who have shown an interest in your content.

As well as appearing in different ways, pop up adverts can also come in different sizes and styles. Some block out the whole page while others float over a small portion of it. Some force users to interact with them while others will disappear when the cursor moves away or the page is scrolled.

It’s vital to consider the impact that pop ups will have on your target audience in order to ensure they’re effective rather than irritating and off-putting.

Should You Use Pop Up Adverts?

Like any other form of advertising, pop ups can be effective when they are used well.

Pop ups have clickthrough rates of 2%, which is higher than many other online ads.

A pop up can be the most effective way to bring content to the attention of a visitor, but it’s important to ensure you’re sending the right message at the right time. Don’t overload people with too many or too frequent pop ups and make sure that you’re offering something of value. It’s also essential to check that your ads won’t be blocked and to make it easy for people to get out of the pop up. Hiding the close button can just often frustrate people and make them give up on the site completely. An effective pop up ad should keep people on the site or increase the chances of a sale. You should monitor the impact of your ad and change it if something isn’t working.