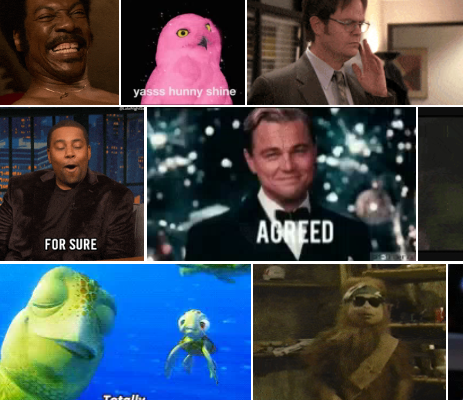 Memes can spread rapidly online so it’s hardly surprising that many businesses would like to harness this power for marketing purposes. Marketing with memes can work well, but only as long as you’re choosing the right memes for your brand and using them effectively. Badly chosen or shared memes can make you look unprofessional or out of touch.

The term meme was first used by evolutionary biologist Richard Dawkins in 1976 to describe how ideas could spread and change in the same way that genes are passed on. Any kind of idea can be passed on from person to person, changing as it spreads. For example, there were fashions, dances, images and rhymes that spread across and between cultures for hundreds of years before the internet was created.

However, the term meme was not widely used until it became popularised online. The internet has allowed people to create and share ideas more easily. Online memes can be phrases, images, videos, actions, or anything else that can be modified and shared. Since they can spread so rapidly online, they are also compared to viruses and can “go viral” when they succeed.

Some of the earliest internet memes were the dancing baby, which was created as a demo by a graphic designer and later popularised by the TV series Ally McBeal and the Hampster (not hamster) Dance which paired a simple graphic with high-speed music. Since then, huge numbers of memes have come and gone online. Some have reached vast numbers of people around the world or had a significant and persistent cultural impact.

How Are Memes Used?

Since a meme is simply an idea, they can be found in many different forms and in all kinds of places online. Many of the most popular memes are simple combinations of still or moving pictures and lettering that can easily be adapted. People might add the same phrase on top of different pictures or alter some of the words in order to shift the meaning. The pictures can easily be copied and shared, so they can spread quickly. Grumpy cat is one of the characters that often makes appearances in these kinds of memes, but they could show and say anything. You can find lots of these GIFs to use on the Giphy website or create your own memes to share.

Memes are often shared through social networks such as Facebook and Twitter or on discussion sites like Reddit. It’s also common for them to be used by entertainment sites or inserted into blogs and articles. Memes can begin anywhere and be replicated or referred to in all kinds of other places, both online and offline. Businesses might include memes in their adverts or people might refer to them in everyday conversations. A meme is an idea not an object so it can be transformed into any format.

Although memes can spread to anyone, it is important to remember that there are language and cultural differences that can limit some of these ideas. Something that is hilarious in one language might not make anyone laugh in another. People of different ages and interests can also react differently to many memes, especially those that require an understanding of specific cultural references. Some memes can transcend cultures and spread globally, but others will have limited reach.

Using Memes for Your Business

Since successful memes can spread so quickly they can be useful marketing tools. Sometimes businesses are able to start a new meme by creating content that people want to share and adapt. However, this isn’t always by design and it can backfire if the meme is used in the wrong way.

Businesses can also take advantage of existing memes by posting them on their social media accounts or referring to them in emails or advertising, usually after adapting them to suit their brand. The success of this strategy can depend on your understanding of the meme and how suitable it is for your brand. If you fail to get the meme right or use it inappropriately then it can make you appear fake and out of touch. The Know Your Meme website can help you to avoid any big mistakes in selecting your memes by explaining their meanings.

Copying the most popular memes isn’t always the best choice for a business. It is vital to ensure that the memes you use are a good match for your brand and the specific audience you’re targeting. Looking at the memes your followers or key influencers in your sector are sharing can be the best way to select the ones your brand should be using. If you get it right then people will share or re-tweet you, helping to spread your post and brand name further. You’ll also build a sense of community with your customers as long as you’re using memes in an authentic way.