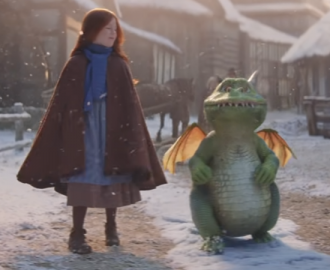 Christmas is an important period for many businesses. Customers often buy more at this time of year due to the festive season and events such as Black Friday and Boxing Day Sales.

Many brands create Christmas adverts to take advantage of these opportunities. However, Christmas ads have also become an important part of branding for many businesses, thanks to the John Lewis effect.

History of the John Lewis Ad

John Lewis has been creating Christmas adverts for more than a decade, although their popularity only grew after the 2009 ad captured the public imagination. Many people now look forward to the ad’s arrival and see it as the start of the festive season. The adverts are widely discussed online and in the media. Music from the adverts has even been boosted up the charts.

The early ads from were more conventional as they showed people unwrapping or giving presents to each other. These were product focused, aiming to sell specific items. However, the John Lewis Christmas ads have become short stories featuring characters that have been turned into children’s books and toys. They have moved from product to stories which in technical terms means the message strategy is no longer ‘Do’ and action focused (buy now) but ‘Feel’ and focused on the emotion and lifestyle as the table below illustrates. 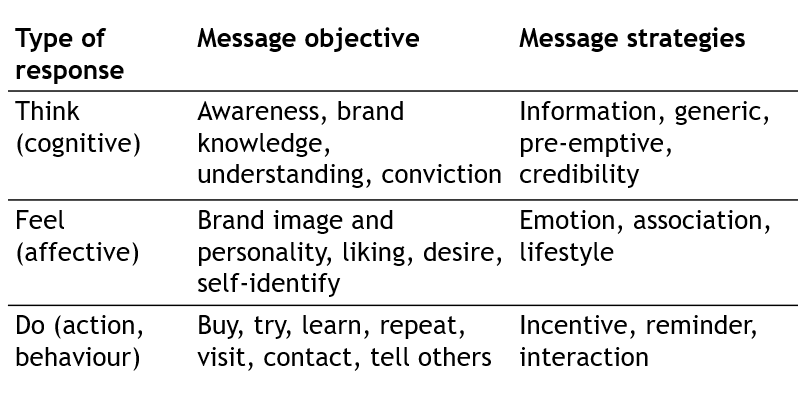 Some of the most popular examples of the John Lewis Christmas adverts include:

#1 – They tell a complete story

We all like a story that has a beginning, a middle and an end. These adverts include characters who take some kind of emotional journey over the course of the few minutes they are on screen

The advert – or mini film includes strong emotions and connections between people, rather than focusing on products or the John Lewis brand. Music evokes emotion too and recognisable music is used. The neat feature is that this is usually played as a slowed-down cover version that is designed to heighten the emotional impact

The ads work because they don’t look or feel as if they are telling us to buy products. Instead, they highlight positive aspects of the Christmas spirit, such as spending time with family and using gifts to express love and gratitude. Viewers are subtly encouraged to link these feelings with the John Lewis brand.

The Christmas ads have proven very successful for John Lewis. Last year their advert featuring Elton John was a trending topic on Twitter within 15 minutes of being released and was watched online more than 50 million times over the Christmas period. Sales at the department store also increased by 1% overall. John Lewis spends millions on its Christmas adverts, but they report that they have generally produced a 20 times return on this investment.

However, in these tough retail times and as this Christmas the online shopping days were reduced to 22 – from Black Friday which followed a late Thanksgiving to last positing day as the 23rd December – The percentage increase for the 48 weeks versus 2018 is down by -1.2% as shown in this table.

The effects of Christmas advertising are easiest to track during this short period, but the popularity of John Lewis’ adverts is likely to have a longer lasting impact on the brand too. The ads have changed how John Lewis is perceived and the characters have become an additional product to sell.

John Lewis is the name that has become most closely associated with Christmas advertising, but it isn’t the only brand that has created a sensation at this time of year. Some of the other brands that have invested successfully in Christmas advertising include Amazon, Aldi, Coca Cola, Littlewoods, and Sainsbury’s.

Aldi did parody the man on the Moon ad showing the lonley old man and instead of a gift, deliveirng him a suitable older lady. Since then, Alsi has stepped up to creating more entertaining ads in its own right. In fact Aldi created one of the most popular Christmas ads of 2019 with its character Kevin the Carrot. However, there was a much more surprising star advert this year. It was created for just £100 by a small business called Hafod Hardware in Wales. The ad simply showed a young child playing the role of an adult running the hardware shop then introduced the tagline “Be a Kid This Christmas”. The emotion, storytelling, and even the slowed-down music were all similar to the John Lewis Christmas ad strategy, but this brand managed to make its own version in an authentic and compelling way because it connected with the image of the traditional, family run business.

However, this year, according to, Unruly, the John Lewis came second and the top Christmas advert was from fashion retailer Very as this created more emotional engagement. 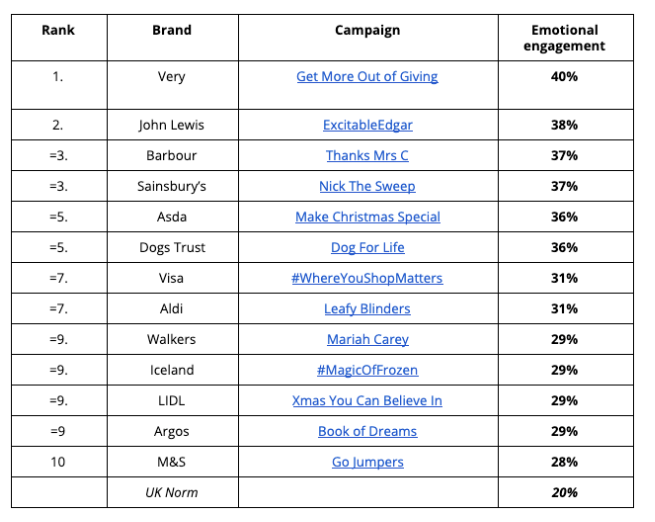 They integrated the storyline of giving to someone who needs a team within their organisation and stated they were seeking ‘unsung community heroes who deserved a ‘Very’ special Christmas treat’. This struck an emotional chord bringing them to the top of the Christmas Adverts chart.

What Can Your Business Learn from the John Lewis Ad?

Most businesses can’t spend the same amount as John Lewis on their ads but there are some lessons that you can take from their success:

However, it is essential for smaller businesses to ensure that their brand isn’t lost in their Christmas ads. John Lewis doesn’t have to remind viewers who it is, but your business will probably need to draw attention to itself a bit more. It should be clear who you are and what you sell.