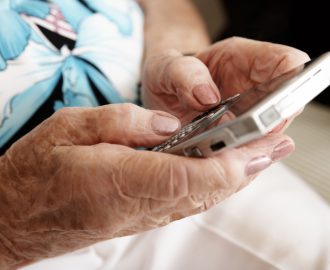 Marketing often focuses on younger people, both in the images that it presents and the people that it is targeting.

Many businesses are keen to learn how to market to Millennials, but this isn’t the only generation that it is worth targeting. Older customers are a growing market that is still being missed by most marketing campaigns.

The Value of Marketing to Older Customers

Older consumers are a large and growing market in the UK. By the year 2030, the over 65s are expected to account for 25% of the consumer market in the UK. The older generations are a growing and under-tapped market that hold great potential for many reasons including:

What Are Businesses Getting Wrong When Advertising to Older Customers?

One of the most common mistakes that businesses make is failing to advertise to older customers at all.

Most marketing campaigns are designed and delivered with younger people in mind, especially when it comes to digital marketing. If older people do appear in these adverts they are often presented in an unfavourable light.

Even when businesses do try to appeal to the older generations, they often get it wrong. Adverts targeted at older people may play into stereotypes that these consumers find insulting or it may treat everyone over 50 as a single group.

Advertising to older customers can be tricky but that doesn’t mean that it isn’t possible to get in right. Here are some examples of best practice.

L’Oréal and Vogue put together “The Non-Issue” in April 2019, a special sponsored edition of the magazine that was geared towards the over 50s.

Nike’s “Unlimited” campaign from 2016 was a perfect example of cross-generational inclusiveness as it featured active people of different ages and backgrounds, including an 86-year-old Ironman athlete.

Mercedes “Be a Good Parent” advert was part of a series appealing to different age groups.

What should your business do if you want to reach these valuable older consumers? Here are the key points that you should remember when planning your marketing campaign.