Facebook’s success is based on continued growth in advertising revenue.

Is Facebook the world’s largest advertiser? It’s in the top list and for Facebook users, the platform is all about social interaction. But the back end of the site is all about advertising, from which the company makes 98% of its revenue. Despite a somewhat difficult 2017, Facebook managed to increase its advertising revenue by 49% over the whole year, demonstrating that although the company has problems managing its data, its business model is still a winner.

Note: the enactment of the Tax Cuts and Jobs Act in December 2017 had a significant effect on US tax law. Provision for income taxes increased from $529 million in the third quarter to $3.19 billion in the fourth. This had a significant effect on the company’s net income, and accounts for the massive difference in percentage increase in net income between the third and fourth quarters (79% versus 20%). 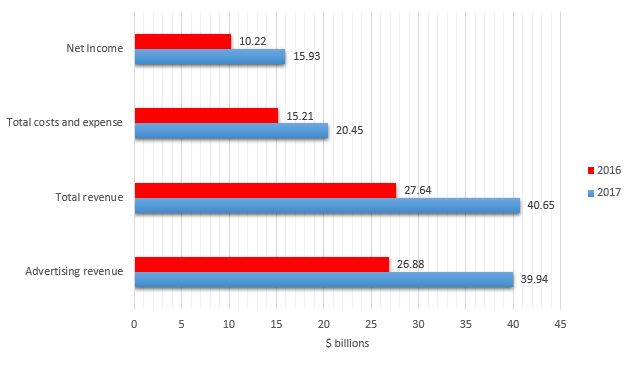 What are Facebook’s Future Plans?

“2017 was a strong year for Facebook, but it was also a hard one. In 2018, we’re focused on making sure Facebook isn’t just fun to use, but also good for people’s well-being and for society. We’re doing this by encouraging meaningful connections between people rather than passive consumption of content. Already last quarter, we made changes to show fewer viral videos to make sure people’s time is well spent. In total, we made changes that reduced time spent on Facebook by roughly 50 million hours every day. By focusing on meaningful connections, our community and business will be stronger over the long term.”

2017 was a difficult year for Facebook. The platform caught heavy criticism during the aftermath of the 2016 US Presidential election, after it became apparent that Russian-backed advertising had reached 126 million Americans—and that the advertising may have been highly influential in swaying the outcome. Cambridge Analytica has become a total nightmare for the company and as a result, Mark Zuckerberg announced that Facebook would institute new policies targeted towards reducing problematic content, even if those policies might come at the expense of profits and better guard their data. However, while 2017 was undoubtedly rocky, it was also a year in which the company reported strong increases in advertising revenue, daily and monthly users, and net income.

Zuckerberg admits that the measures it takes to reduce or eliminate problems such as fake news, hate speech, and other forms of unwanted content may have a negative impact on Facebook’s revenue, but says that protecting the Facebook community takes priority over profits.

These issues have already contributed to increased operating costs, as Facebook has hired hundreds of new employees in an attempt to more effectively monitor new content. In fact, over 2018 the company has plans to double the number of people hired to work on issues relating to safety and security, including content monitoring—with the goal of having 20,000 such employees by the end of the year.

The company also plans to invest in improving the AI that is partially responsible for controlling what advertising content is displayed to users. Zuckerberg says, “We’re building AI to go after more different areas of content. AI will make the product better over the long term, but we’ll incur expenses a lot sooner.”

Facebook also has plans to invest more heavily in original video content, as the success of streaming sites such as Netflix and Hulu continue to demonstrate that video is a valuable growth industry. 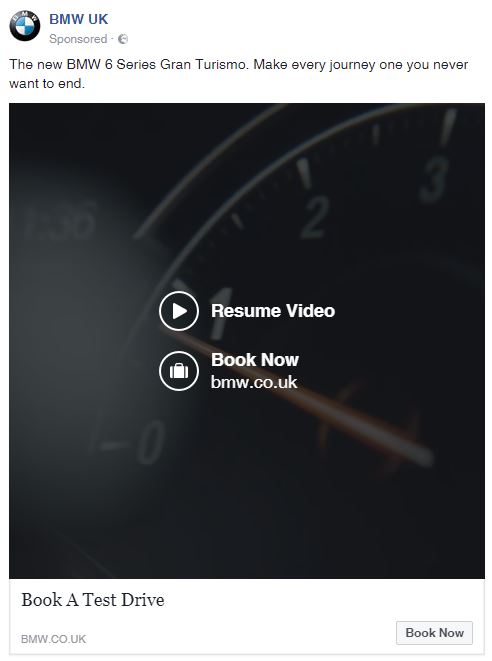 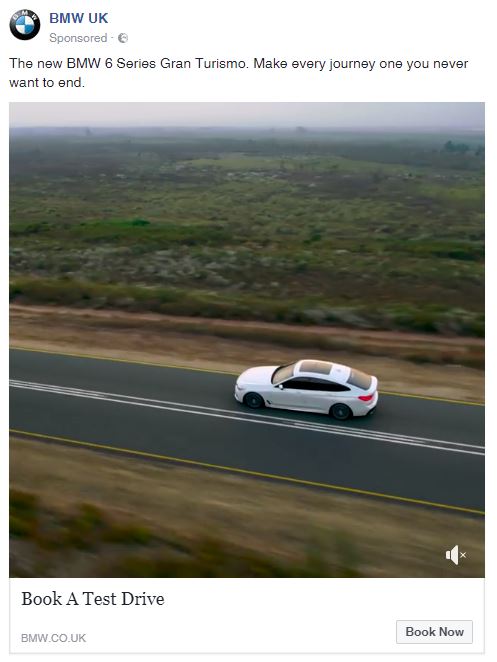 A hike in operating expenses balanced by advertising revenue increases

Facebook CFO David Wehner estimates that in 2018, Facebook’s operating expenses could increase by as much as 60%, partly as a result of increased operating costs.

Even so, while CFO David Wehner predicts increased operating costs, analysts are projecting advertising revenue will increase by around 30% over 2018.

Does this mean Facebook is deliberately taking action that might lead to a drop in revenue? That’s unlikely, because the vast majority of the platform’s revenue comes from advertising, and as a core part of the business model, that’s not going to change. The expected increase in advertising revenue will far outstrip the predicted increase in operating costs, ensuring that the company continues to show healthy profits.