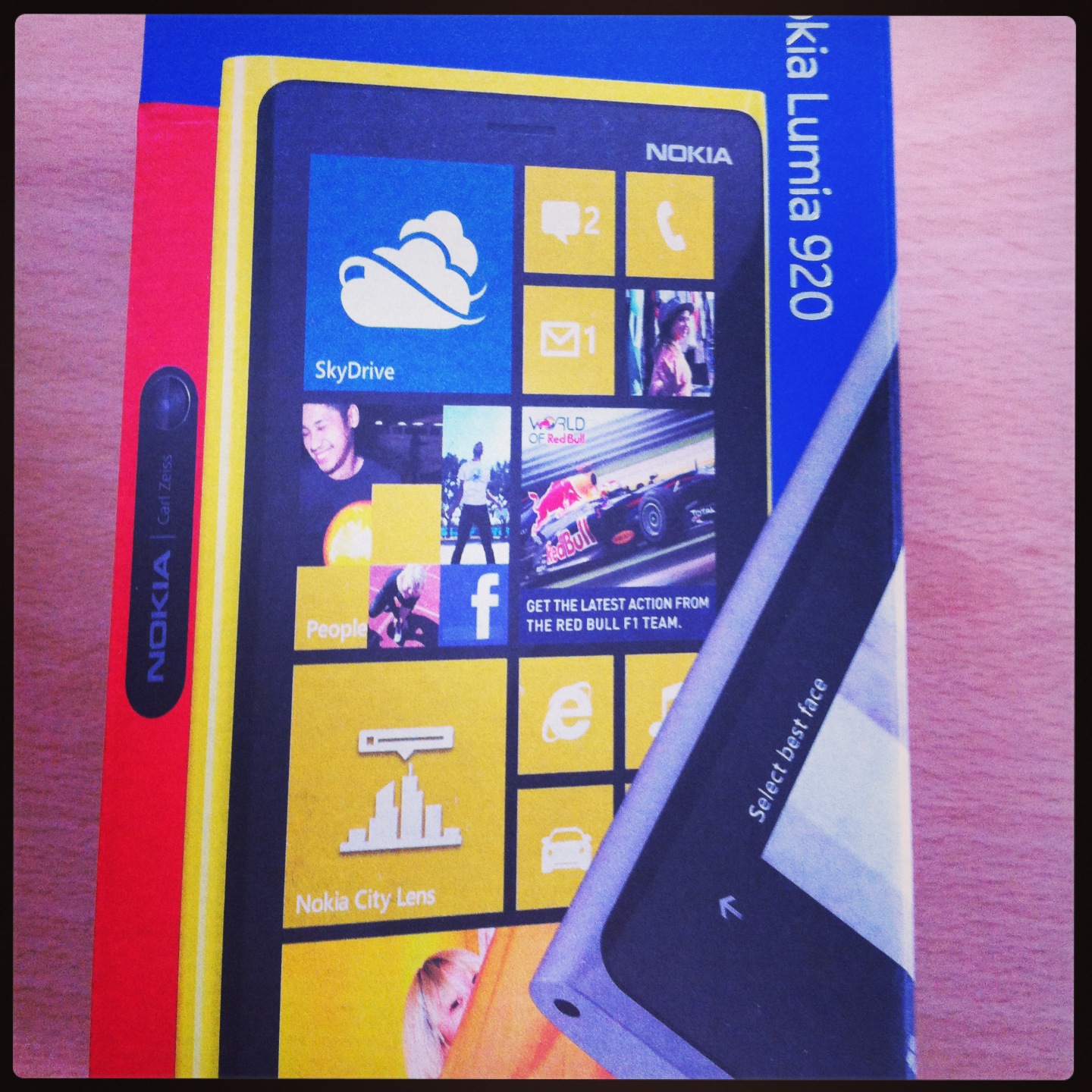 I’m a phone junkie. I had one of the first mobile phones that needed a wheelbarrow to make it mobile. I progressed from bricks to BlackBerries and fell for the iPhone and its swipe screen. My handbag currently owns an iPhone4 and as my contract is up I wondered, should I autopilot to iPhone 5 or perhaps take a peek into the wider market?

Nokia offers a trial programme, to encourage people to switch. With the equivalent to 96 percent of the world owning a mobile, it’s no longer an education programme, it’s all about switching.

The Nokia team were really helpful, not just to me, but to thousands of people “We usually send 50 phones per month through the trial programme but we also send more for events and releases when they happen. We’ve had this trial programme for around 7 years now too, so overall we’ve shipped thousands :)”

I was given a Nokia Lumia 920 to play with for two weeks. Postbox red. Big screen. Longer battery life. The ultimate in mobile envy.

There were differences; the Lumia was heavier than the iPhone. It didn’t quite fit into the built-in handbag pocket. But the camera! Wow, it was incredible. And a Carl Zeiss lens, real zoom and loads more features.

So one evening, media meshing, in front of the TV, with iPad on my lap and looking at the Lumia, I explored if I could switch. Could I abandon Apple?

The iPhone battery life is dreadful. The apps are more expensive than Windows or Android. In the office I use a Windows PC not a Mac.

The challenge is the app factor. I didn’t realise but I’ve accumulated 212 apps; many free, some paid-for. Some of my suppliers have created apps for iPhone, but not for other systems. Two of my books are also iPhone apps.

Others including @palmsolo have written about how they will drop the iPhone in favour of a lumia (see Five reasons I dropped my iPhone 5 for a Nokia Lumia 1020).

For the moment, I’m locked into my apps. Until there’s a way of moving apps, not just contacts, from one platform to another, my handbag will hold onto the iPhone.

Thanks to
@Nokia_Connects for the lumia trial
@mobithinking for phone facts.