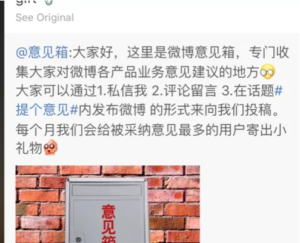 Over 2.3 billion people—32% of the entire world population—use Facebook on a regular basis. In China, however, Facebook, and many other sites, are blocked by the government. Instead, China has its own social media platforms. The most popular are Weibo and WeChat, with equally large numbers of active users.

How are Social Media and the Internet Different in China?

There are restrictions on social media in China, implemented and enforced by the Chinese government. When considering how Facebook has infringed privacy laws in the last few years, it’s not surprising. As Facebook and other USA based social media networks have mislead users, perhaps the Chinese are wise in not trusting these apps.

Some of the websites that are inaccessible in China include:

What Social Media Networks are Popular in China?

Some might consider WeChat to be China’s answer to Facebook, but this social media app is actually much greater in scope than that.

WeChat is an all-in-one messaging app, developed by Tencent and launched in 2011. As of 4Q 2018, it has around 620 million daily active users, and over 1 billion monthly active users. WeChat dominates the Chinese internet, and is one of the world’s largest and most heavily-used stand-alone apps. In China, for instance, around 90% of all text messages are sent and received using WeChat. Facebook Messenger, in contrast, accounts for less than 30% of text messages sent and received in the US.

WeChat is China’s most popular social media platform by a wide margin, likely because it has such a comprehensive array of functions. WeChat has features similar to those of Facebook, Google News, Pinterest, Whatsapp, and Tinder, and a great deal more. A WeChat user can register their bank account or credit card, and then use the app to buy travel tickets or takeaway food, book hotel accommodation, pay home utility bills, and access public services. Users also have access, via WeChat, to more than 10 million third-party apps.

You could say that for many millions of Chinese people, WeChat is not just an app or a social media platform, it’s a 100% necessary life management tool.

So with an all in one, why would you need the combined apps we use for the same single service?

Weibo is important to China in multiple ways. It’s used by both local and international organizations to advertise to Weibo users. It’s a source of news. Interestingly, despite its similarity to Twitter, Weibo-ites use the site’s microblogging feature in a fairly unique way. On Twitter, the talk is mostly public, in terms of content. It’s about institutions and businesses, politics and media. On Weibo, the content is much more personal in nature. And in direct contrast to Twitter, Weibo is more heavily-used on weekends than on weekdays.

The Chinese social media platforms are different, but not entirely unfamiliar

Despite the differences, China’s social media platforms are surprisingly similar to those we use in the UK. All over the world—and in China, too—people use social media to share their lives, and keep in touch with friends and family. Chinese social media users share viral content, play games, and participate in challenges. On Weibo, for instance, a 2018 social media trend took China by storm, when an influencer posted an image of a stunt in which she pretended to fall out of her car. The simple picture quickly went viral, generating more than 1 million imitators on Weibo, eventually even making its way to Twitter.

Perhaps the most obvious similarity is how popular social media is, just as it is the UK. For instance, 60% of people in the UK are monthly active Facebook users. WeChat has over a billion monthly active users, accounting for 78% of China’s population.

Social media as we know it is so pervasive, it’s hard to imagine platforms such as WeChat and Weibo. Of course, it’s always possible that Facebook, Twitter, and Instagram developers will take one or two leaves out of the books of Chinese social media developers, and add some of the features that have proven so popular in that country!