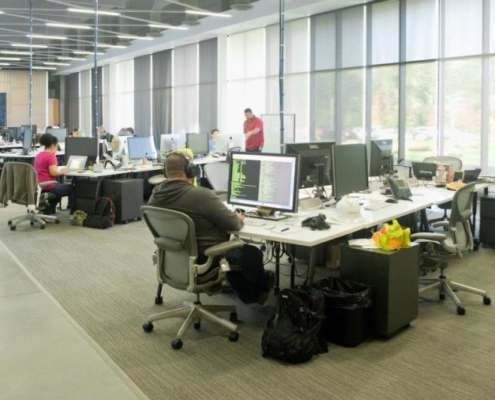 Facebook has made a lot of headlines over the last few years and not for the reasons that they would like. The social media giant has been accused of breaching user’s privacy and failing to tackle the spread of potentially harmful fake news. In response to growing concerns among the public and pressure from governments around the world, Facebook has instituted many changes that could affect your business’ relationship with the site.

Facebook has been at the centre of multiple media storms due to revelations about the misuse of data on the site. Users were shocked to learn how much of their own personal information and that of their Friends on the site was accessible to apps. One particularly large hack also stole the information of 30 million Facebook users.

The content on the site has also been cause for concern, with misinformation being spread for political and monetary reasons. The 2016 presidential election in the US is the most famous example, but elections in the UK, India and elsewhere have also been affected. Misinformation spread on Facebook has also affected the uptake of vaccinations, with potentially deadly results.

The most important changes on Facebook for businesses relate to the use of personal data and the detection of fake news. Facebook is providing more privacy settings and limiting the data that apps can access about users and their Friends. A lot of changes are also being made to the newsfeed to make misinformation and other harmful content less prominent.

Facebook has come a long way since it was created as a site to connect students at select universities. Many of these changes have expanded what the site can do and made it an essential tool for businesses. However, Facebook has also been forced to make changes to better protect its users’ privacy and to address other serious issues with the way it has been misused. 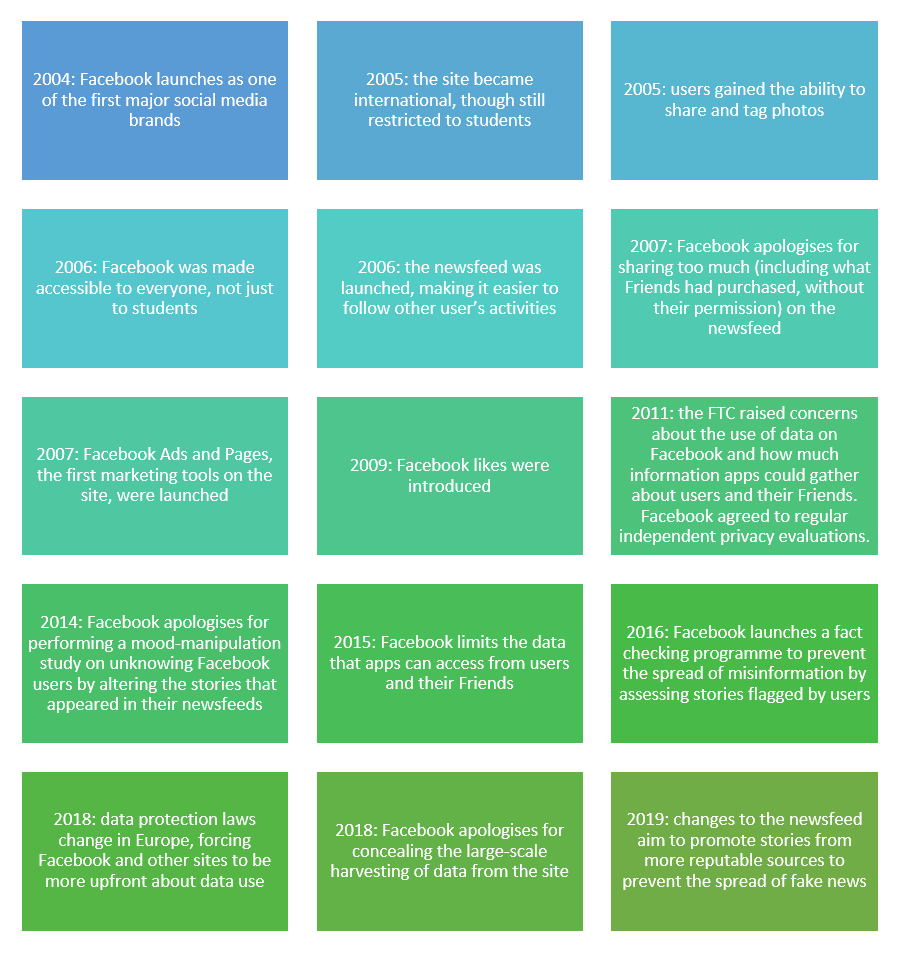 If your business handles any kind of personal data then you should be well aware of the importance of protecting it and the regulations that govern its use. Growing concerns about data use on Facebook means that it is vital for all businesses to be aware of how they are using, storing and sharing data. Being open about these issues with your clients is also essential for building trust.

The features intended to curtail the spread of fake news and misinformation could also have implications for legitimate businesses. For example, the Click-Gap metric aims to differentiate between reputable and suspicious sources by comparing the popularity of a website on Facebook to its popularity across the internet as a whole.

Sites that are much more popular on Facebook will be treated as less authoritative, so their news items will be considered lower quality and given lower priority in the newsfeed.

If you’re a big business that has lots of connections to other sites on the web, then this is unlikely to cause many problems for you. However, if your marketing strategy relies heavily on Facebook, you could be in trouble. Smaller businesses and websites will be at highest risk of being unfairly penalised by this system. It may be necessary to build your profile outside of Facebook and to build more links to other reputable sites in order to convince Facebook’s new algorithms of your integrity.