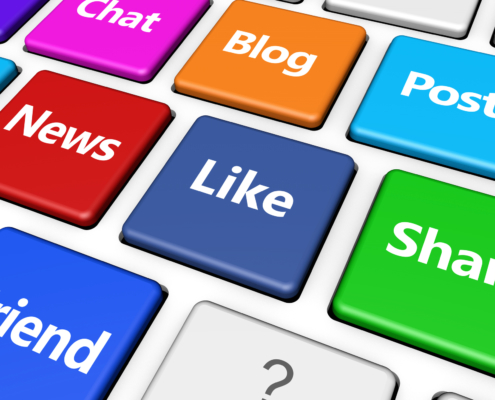 Cosmetics brand Lush announced earlier this year the apparently shocking decision that they were quitting social media in the UK. This conscious uncoupling has come about as the brand states that they prefer a more honest conversation with their customers and they no longer want to have to “fight with algorithms” to reach their target audience. The brand known for their campaigning and previously on occasion outspoken social media messages have amassed quite a following across Instagram, Facebook and Twitter platforms – most notably Instagram which has around 560,000 followers. 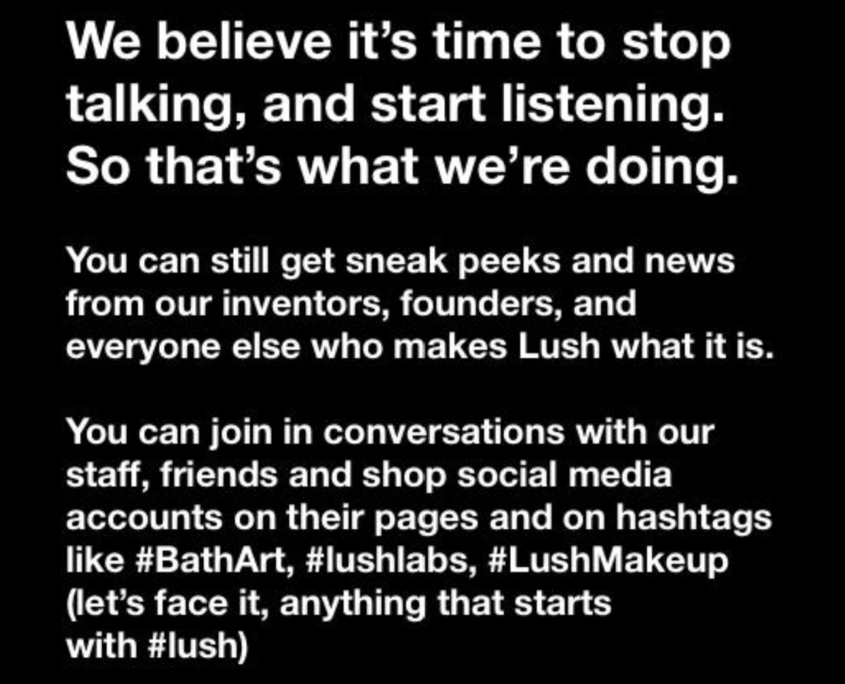 Eagle eyed sceptics however have since noted that the brand isn’t carrying out similar shutdowns in the US or other international accounts nor has it quit completely as they will still use social media for influencer promotions and associated messages. Whilst some may suspect a PR stunt is afoot others may congratulate the brand on their foresight and preference to liaise with customers directly –  getting them back in stores and encouraging an altogether more personalised online landscape for Lush customers going forward. However, their social media in other locations is still present. 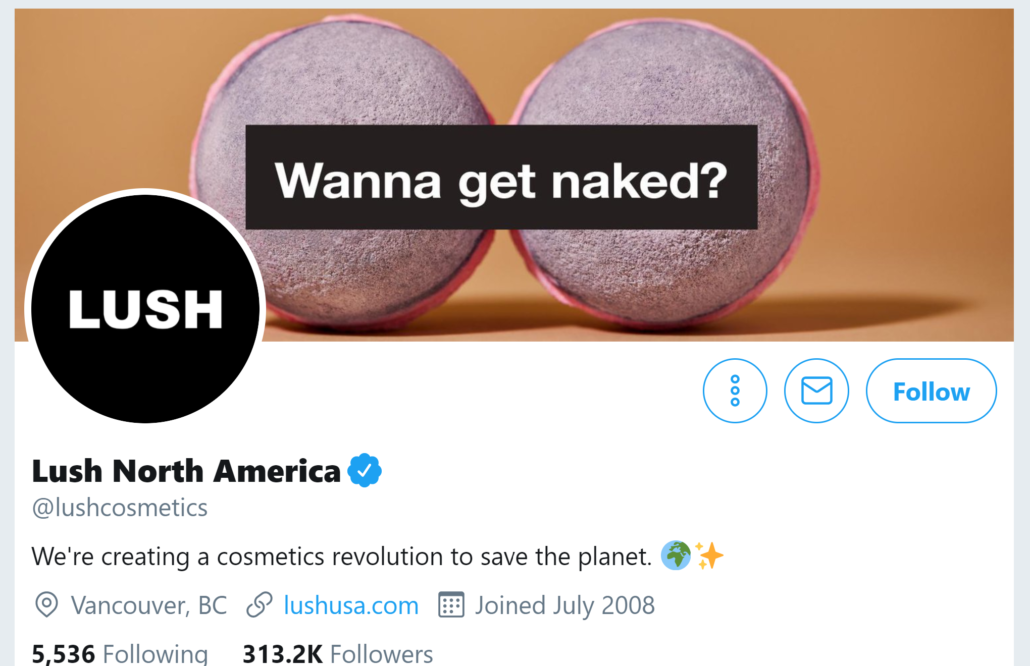 Other brands that have quit social media

What is important to note is that Lush are not the first to quit social media and most likely won’t be the last as online challenges and changing customer demands mean companies are constantly being kept on their toes.

Last year JD Wetherspoon also quit social media, releasing a vague statement that they believed social media was providing a distraction from the real business of serving customers and that they would continue to update their website, app and printed magazine. They also encouraged customers to feedback through their local pub or by the website. However, it seems that JD Wetherspoon had been embroiled in several social media challenges where posts had been suggested as being offensive to various groups. So, was this simply an easier way to manage the staff application of social media – but leaving it?

For a pub chain like Wetherspoon’s arguably social media was a double-edged sword for them to begin with. After all people used to socialise ‘down the pub’ rather than online and so could have significantly contributed to the demise of the traditional British pub image. And whilst the social media stance is unlikely to have changed that situation it enables the brand to focus more on the task of serving food and drink.

Since they quit, a parody account opened but this has been the subject of a legal challenge. 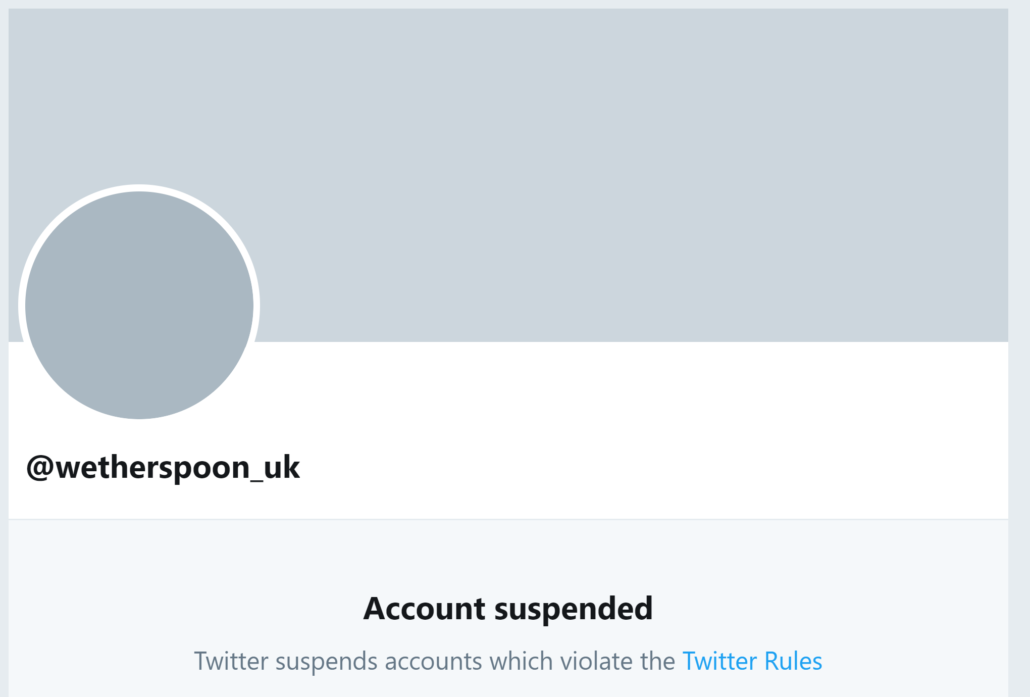 Although other parody accounts still exist, as well as an historical individual pub account. 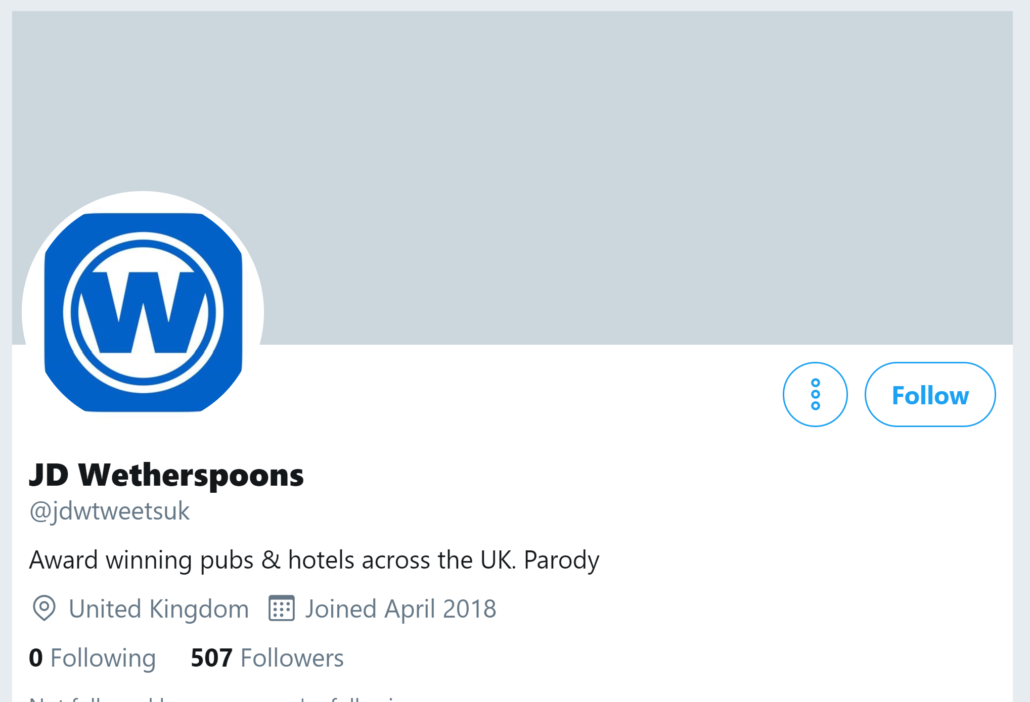 Auchentoshan Whiskey, Beefeater Gin and David Beckham’s Haig Club whiskey all followed suit from JD Wetherspoon and also quit or significantly reduced their Twitter presence last year. Tesla also removed their Facebook account, its CEO citing this was due in part to Cambridge Analytica, yet he maintains a personal account.

As social media usage begins to show a dip particularly in the younger generations then it may be a trend that builds momentum as the year plays out.

The impact for Lush in quitting social media

There has so far been a mixed bag response towards Lush for their statement. For some they are criticising the company for abandoning what is generally regarded as one of the most financially rewarding marketing channels. They see that Lush have ducked out just because things have got tougher in terms of paid reach and companies have to work harder to achieve the results they want. They shared reasons why in this post.

Others have accused the brand of making a bold statement as a marketing stunt and time will tell how that one goes, especially as many Lush stores still have active social media accounts across platforms – whether they will continue for the foreseeable remains to be seen.

On the other hand many think Lush have made a good call and that getting back to a social media community is what it should be all about rather than for major advertising reward.

It could be that this move has come at a pivotal time for social media and echoes the feelings of many brands across the board, not just restricted to the cosmetics arena. Yet these brands still need to provide customer service and may now need more staff to manage all the queries if they handle these on a one to one rather than on a one to many basis. 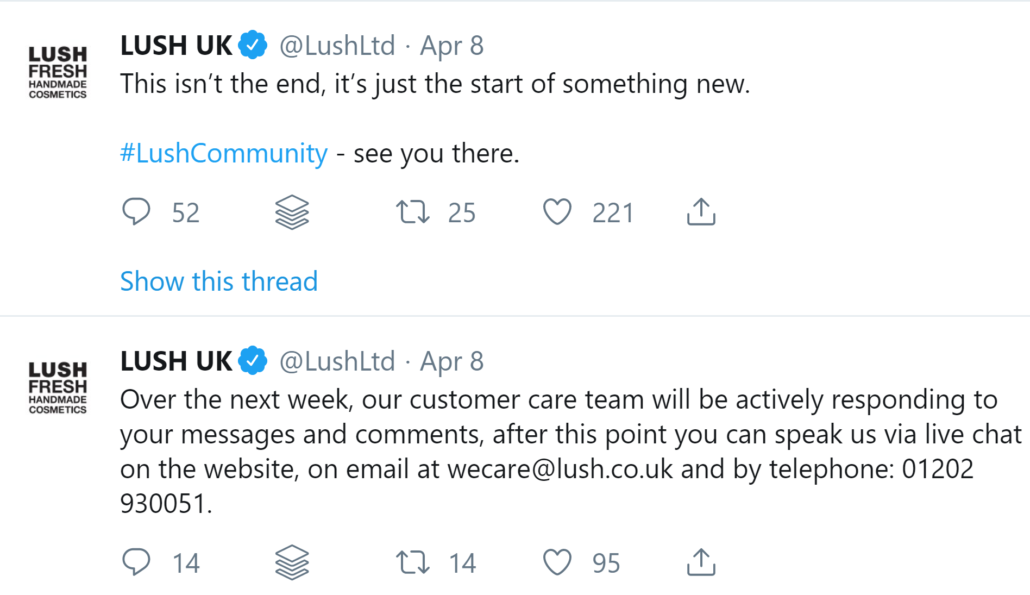 What do customers think about firms quitting social media?

Whether they are Lush customers or not, younger generations are demonstrating a move away from the larger social media platforms, particularly Facebook and Twitter. There has been a decline in Europe of active Facebook users for the previous two quarters which is a trend that cannot be ignored. For Lush the younger generation represents a big proportion of their target audience so it is easy to see why they may want to take stock and regroup.

Data privacy issues and how platforms are managed are all real issues that are impacting social media usage amongst customers and therefore consumers cannot be blamed for seeking out an alternative way of connecting with businesses.

Customers moved to online for convenience and for something different and whilst the former is still a huge consideration there is certainly a shift in how customers act online. Personalised and authentic dialogue is more sought after and as a result companies have to respond to this and social media provides this as a channel.

So should firms quit social media?

The challenge is that most customers are still  suing social media and in order to gain responses, especially to complaints, they want the content to be shared online. These firms quitting social media are ignoring the real issue, managing the channel. It’s like small children hiding their eyes and thinking if they can’t see you, you can’t see them. It’s a naïve approach and doesn’t solve the issue. Better staff training better rules of engagement and better management of social media is what is really needed.