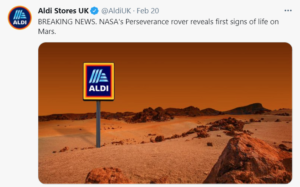 Supermarkets in the UK are using social media to convey brand values, provide product information and share behind the scenes stories.

Social media is playing an increasingly important role for supermarkets in the UK. Part one of this review of supermarkets’ social media usage provided an overview of the approach. In this article, part two, the social media platforms of four big brands in the UK will be discussed. Aldi, Waitrose, the Co-op, and Tesco are all competing for attention and customers on social media. Each brand has a very different image, but their approaches to social media can be very similar.

Twitter and Facebook are two of the most established and widely used social networks in the UK, so it is to be expected that all major retailers would have a presence on them.

Most supermarkets use these platforms to interact with customers and provide news about themselves and their products. Customers can get prompt replies through private messages or by commenting on posts. Highlighting special offers with photos or short video posts is a popular move for supermarkets, with Aldi and the Co-op posting a lot of visual content. 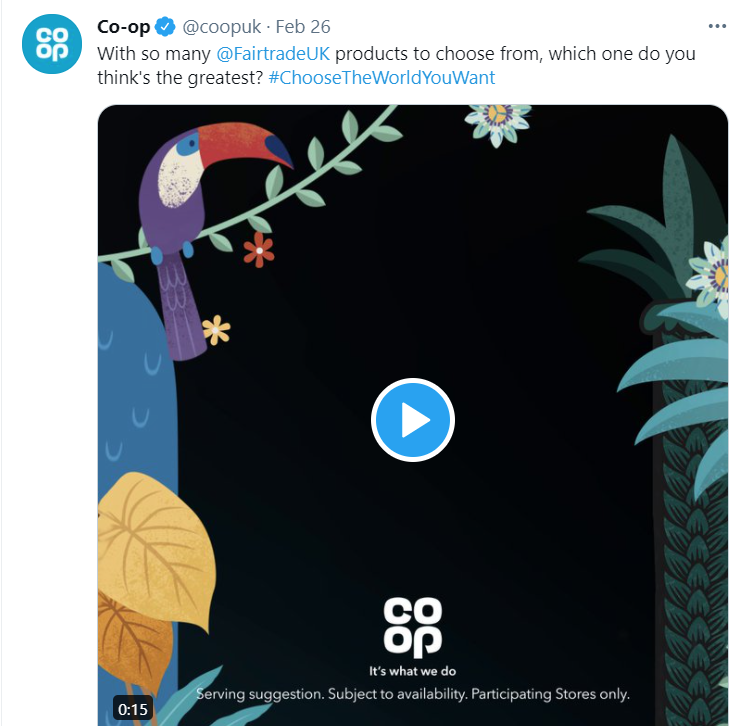 However, there are some significant differences in tone and content between supermarkets that are promoting different brand images.

In a Weetabix tweet where the company suggested they worked with baked beans, Lidl jumped into the conversation, adding humour.

One common format used by supermarkets on YouTube is the cooking video. Waitrose, Co-op and Tesco all frequently post videos showing how to prepare meals using their products, these are often repeats of their TV adverts.

Aldi tends to be less active on YouTube, but it does post videos highlighting some of its products.

Another way that some of these supermarkets use YouTube is to build up their brand image and expertise. For example, Tesco posts videos on topics such as healthy eating and on its programmes to support sports in the UK. Meanwhile, the Co-op Food YouTube channel includes a lot of behind the scenes material, such as Meet the Producer videos and interviews with Coop members. YouTube is a platform where these brands can enhance their reputations as responsible and trustworthy companies. The focus tends to be on the company itself or on issues such as health and the environment rather than on directly marketing products.

Food is a popular theme on both Instagram and Pinterest so these platforms have proven to be a good fit for supermarket brands. Aldi, Waitrose, Co-op and Tesco all use these image-based social networks in the same way, although the Co-op does not have a presence on Pinterest. 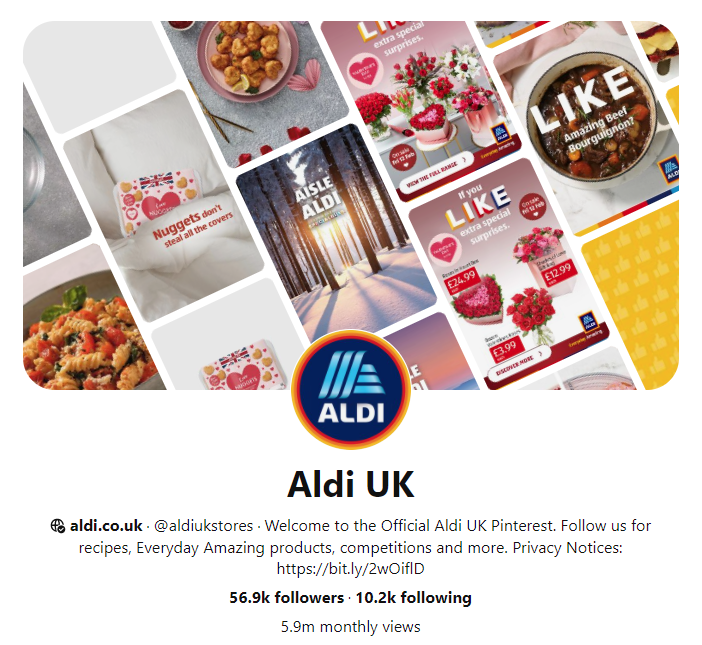 All four of these supermarkets post carefully styled images of food and encourage people to visit their websites to find the recipes. The photos are carefully matched to the sites and targeted at specific groups of users, such as this example from Tesco focusing on family suppers and Valentine’s day pizzas. 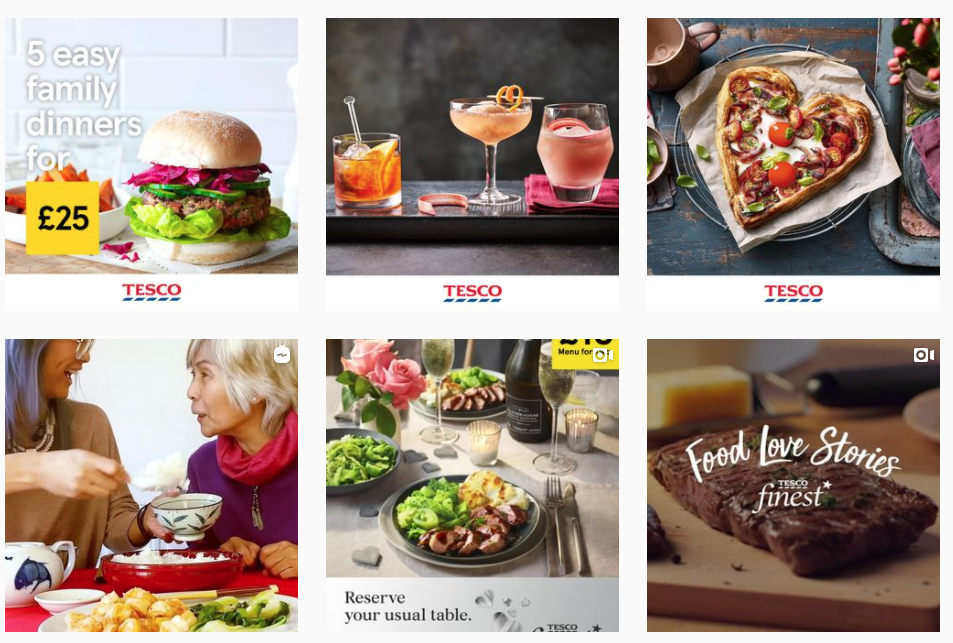 Suggestions for special occasions are posted at the right time of year and collections such as vegan food and family meals are put together on Pinterest boards.

Posting photos of finished dishes and links to the recipes is a much better fit for image-driven sites than pictures of supermarket products or links to special offers and understanding and adapting to the tone of each platform is essential.

Use of LinkedIn by Supermarkets in the UK

While most supermarkets focus on reaching out to consumers through social media, the Co-op lists LinkedIn alongside the other profiles on its website. The Co-op uses LinkedIn to post about its company values and to share profiles of its employees. LinkedIn provides a space where the Co-op can emphasise its unique structure and show how much it values its people. While finding a way to work with popular platforms like Instagram can be important, it can also work well for brands to identify the social networks that are the best fit for them. LinkedIn is a good match for the Co-op’s priorities so it is more active on this platform than its competitors.