The Most Desired Airlines In the World

To understand the effect of marketing, the reputation of the airline and the country of origin may have on the desirability people may have to fly in it, the design and branding team at, GraphicSprings.com conducted a large online survey.

The aided online poll was conducted among 24,000 participants from 68 countries aged between 17 and 78 who claimed to have travelled by plane at least once during the past 24 months. The study was part of a larger study on corporate logos and branding penetration. Among the findings a clear it was found that the Gulf airlines have an edge when it comes to branding, credibility, and desirability.

This data produced a ranking which compares the top airlines worldwide with the aim to discover which has the best branding appeal and desirability.

The results of the top 25 most wanted airlines are shown in this table.

Etihad seems to go above and beyond with its lounges – with spas and luxury menus available for those flying in any class – you can ‘pay and play’ to access the lounges, it’ snot restricted to business and first class only.

Qatar airlines wins awards, every year and shares these on its website. 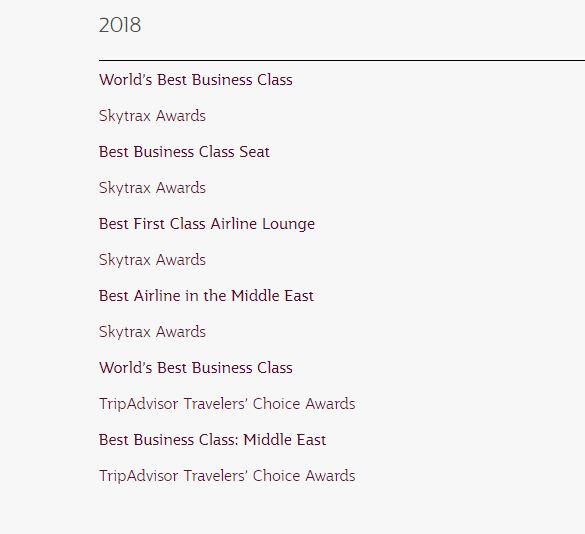 Lufthansa’s services include a private jet!

Methodology to find the top airlines

In order to conduct the study, GraphicSprings.com first identified the 92 most important airlines in terms of passenger transport and with data publicly available, such as annual reports, online newspapers. If not marked otherwise, all data is from 2016.

After this, the company polled people online using proprietary software – the first question was if they flew in the past 24 months and only those who said yes were allowed to continue.

Those who qualified were entered into the survey which started with an image-based aided online series of questions. This included showing the logo of an airline to the participants, followed by six questions:

In the beginning, we wanted to know if they recognized the airline and if they had a clue in which country the company was located. For each of these two questions, participants had to choose between five options.

Then, we asked them if it was a low-cost airline, if it was known for a good service and if they believed whether the airline had a bad reputation. For these three questions, the options “yes”, “no” and “don’t know” were given.

Finally, we inquired how likely it was that they would fly with this particular airline – in this case, we provided a scale from 1 (not likely) to 10 (very happy to do so). We followed this procedure for all of the 90 airlines.

The survey also revealed the least desirable airlines! These are shown here, which shows another interesting result is how the country of origin has an effect in desirability to fly or not in an airline. It may be as people have no desire to book these locations for holidays.