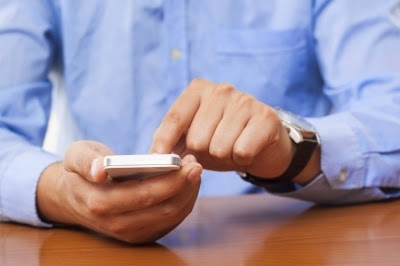 Developed by IK Multimedia the iRing is a gesture based
wearable device that allows the user to create different musical sounds. The
touch-less MIDI controller and associated music app uses the front facing
camera on mobile ios devices and an advanced algorithm to detect the dot
patterns of the wearable device. These patterns are then paired with various
functions on the mobile device being used.
Whilst the iRing has a lot of potential, it is still limited
in its usage unlike some of the more powerful gesture based technology on the
market such as Nintendo’s Wii and Microsoft’s Kinect. Users need to be no more
than five feet away from the camera and their movements must also be very
defined and rigid for the iRing to pick them up correctly.

Wearable technology for the golf market, car mapping system
makers Garmin have developed the Approach S6. Designed for use by advanced
golfers and beginners alike, the analytical watch is aimed at helping golfers
improve their golf swings and keep track of their progress.
With a colour touchscreen interface, the Approach S6 has an
inbuilt audio metronome designed to help golfers time their swings and an
accelerometer for them to measure the strength of each swing. In addition, the
watch is able to measure the tempo of a golfers swing by measuring the strength
of their upswings and downswings and can offer tempo training to optimize
swings.
Acting as a digital caddy, the Approach S6 also offers
advice on the percentage of strength to use when hitting the ball with
different clubs and includes colour graphics of over 30,000 golf courses
internationally.
The accompanying app, Garmin connect allows users of the
smart watch to keep track of their statistics and progress.

A project developed by researches from Boston University and
Massachusetts General Hospital, the bionic pancreas brings wearable technology
into the medical field. Designed to aid patients with Type 1 diabetes, the
bionic pancreas offers a better form of glycaemic control.
Consisting of an app and cradle designed for an iphone 4s
and a G4 platinum continuous glucose monitor which communicates with a sensor
worn by the user, the bionic pancreas uses algorithms to wirelessly control
subcutaneous injections of insulin and glycogen. This is a more accurate way of
emulating the physiological function of the pancreas than any existing forms of
treatment currently available.
The blood glucose levels are streamed from a sensor worn by
the user into the iphone receiver which then passes the data onto the app. The
specifically designed algorithm then makes a therapeutic decision to release a
dose of either insulin (which lowers blood glucose levels) or glycogen (which
raises blood glucose levels) into the body. It is hoped that this type of
medical technology will help users to live a more normal life and regulate
their medicine more easily.

Developed by Kickstarter company Kiwi Wearables, Glance is a
wristband prototype that can transform a regular watch into a smart watch. The
device alerts the wearer of incoming calls or text messages and can even be
used as a remote control for smart televisions. Using a 3D motion detector to
measure movement, the Glance device can also be used to track the number of steps
taken in a day or the amount of miles biked.
Battery life is an issue for many wearable devices but the
makers of the Glance device have solved this problem, giving it a battery life
of up to a week without the need for charging. When the device does need
charging, it uses a simple USB port like many other smart devices.
The makers of the glance wearable device are currently
trying to crowd fund the project and are looking to raise $150,000 to begin
production.
The wearable technology market is ever expanding with
exciting designs being revealed regularly. Have we missed any? Tweet us
@Evonomie and let us know!
http://rpc.technorati.com/rpc/ping